During his remarkable 24-year career with WISCIENCE, Kevin Niemi, who retired in January 2021, was a leader in identifying and developing partnerships with community members and organizations. He brought his expertise in STEM education to K-12 students, to UW–Madison students, and to teachers in school districts throughout the state, nation and even the world, primarily in Thailand. 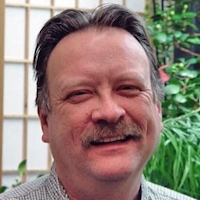 His legacy includes managing a statewide network for biology teachers and co-leading the Science Alliance, a community of UW–Madison science outreach professionals. He served as president of the Wisconsin Society of Science Teachers and currently is its CFO.

This would be impressive enough, but Niemi combined his outreach work with a deep devotion to shared governance and to the professional development of academic staff at UW–Madison and in the UW System. He served on governance committees for over 20 years, including six years as an elected member of the Academic Staff Executive Committee. In all six years, he served in leadership positions (three as chair, three as vice chair). He is thought to be the only person in the committee’s history to serve in a leadership role for the entirety of their term, a testament to his skills and reputation.

As one nominator said, “Many believe in shared governance, few have lived its ideals more than Kevin.”

– Originally published as a news release from University of Wisconsin–Madison Communications. Read the full article >